FREE UK DELIVERY ON ALL ORDERS

At Pacsafe, the sea turtle symbolizes the intrepid, global traveler. We are committed to supporting a world with healthy oceans and coastlines where all marine turtles, can travel and flourish in a safe environment.

The Pacsafe Turtle Fund was launched in 2014 with the aim of supporting the conservation efforts of endangered sea turtles globally by providing annual grants to sea turtle conservation projects.

A WORLD WHERE SEA TURTLES THRIVE IN HEALTHY OCEANS, SAFE AGAINST THE THREAT OF EXTINCTION.

Migrating the globe with its home on its back, the turtle symbolizes endurance, wisdom and life in balance with the environment. These majestic creatures inspire Pacsafe’s mission to help people explore the world safely and respectfully, represented in our logo since the very beginning.

Since 2014 we have been able to support projects such as The Olive Ridley Project, Fauna & Flora International, SEE Turtles and HAkA which work to rescue turtles that have been caught in discarded fishing nets, build hatcheries for nesting mothers, patrol beaches against threats like egg poaching and promote sustainable practices among coastal communities where turtles live.

Pacsafe has been collaborating with HAkA and Ecosystem Impact in order to protect the turtles on Bangkaru Island. Bangkaru is the largest intact primary-forest island remaining in Indonesia.

We wanted to meet the people that work there everyday, see what is done and how we can improve it going further. It takes 6 hours by boat from Simeulue Island to reach Bangkaru Island. This place is important because it is the largest turtle nesting site and the last remaining primary rainforest island in Western Indonesia. 4 rangers from HAkA are there everyday to help protect the site.

Their role is major as they patrol the beaches to make sure no poachers are coming and they also collect data on the turtles. Even if there is no humans living there, the little piece of land is not spared by plastic pollution. Part of the rangers’ job is also to reduce the amount of trash on the beaches, because those can deter turtles from nesting there or block the hatchlings on their way to the ocean. Every morning and every night, rangers cross the thick rainforest from the basecamp and come patrol on the main beach. Due to light and temperature conditions, turtles mostly come nest at night and hatchlings come out of the nest in the morning. Before their everyday presence, there were an estimate of 10,000 eggs poached every months.

The goals of HAkA would be to raise more funds in order to keep the surveillance program in Bangkaru alive but also to expand to other islands like Babi which is located in between Simeulue and Bangkaru, and where the turtle eggs are 100% poached. 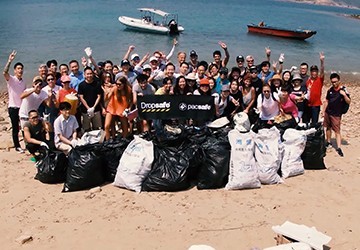 Our actions come from who we are. Learn about what drives the Pacsafe team through our sustainability journey. 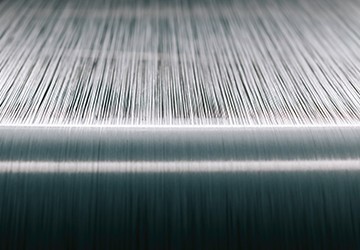 Which choices are better and why? Learn more about the materials and packaging we choose to help reduce our impact. 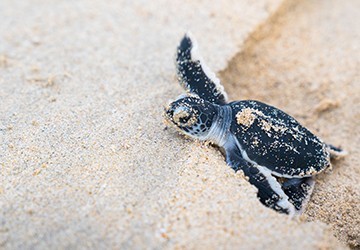 Find out how the Pacsafe Turtle Fund supports conservation projects that help save our marine friends and their habitats.